From Russia’s regal Rococo palaces to Italy’s grandiose Baroque designs, these cities are home to some of the most innovative and inspiring architecture

A city can be shaped by many things – its food scene, for example, or abundance of shopping options. But perhaps nothing can define a place quite as distinctly as its architecture. Whether it’s through thoughtful urban planning or adapting to cultural movements, the visual design of a city can transport you through time, while planting you firmly in a very specific place. Need convincing? These are the world’s 20 best cities for architecture, from Brasília to Budapest.

The Rococo movement came about in the 18th century in France as a way to fight against the strict, symmetrical Baroque style that came before it. While both movements are known for their richly decorated architecture styles, Rococo has elements all of its own: think curves, pale colours, and secular, light-hearted themes. The style made its way across Europe, where it found favour with the female rulers in St. Petersburg. The Catherine Palace (commissioned by Catherine I and expanded by her daughter, Empress Elizabeth, pictured above) is by far the most famous example in the area. 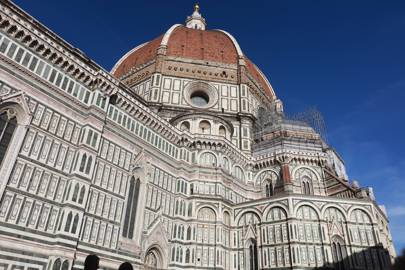 It’s hard to escape Renaissance aesthetics in Florence, the birthplace of the late-14th-century movement. The era’s embellished but symmetrical and geometrical structures – columns and domes – and emphasis on realism and the human form departed from the irregular and severe lines of the Medieval period. They’re most visible at Florence’s Duomo and Basilica of Santa Maria Novella. 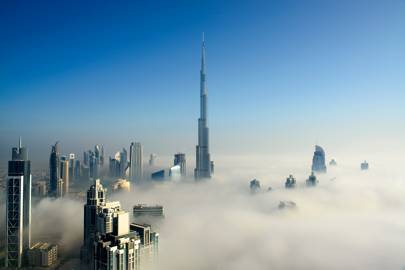 Over the course of ten years, Dubai‘s landscape has transformed. Home to the world’s tallest building, a seven-star hotel (the Burj al Arab, above), and the only man-made archipelago modelled after the seven continents, Dubai’s development has lured top contemporary architects like Zaha Hadid and Rem Koolhaas to feed into its outdoor design frenzy. 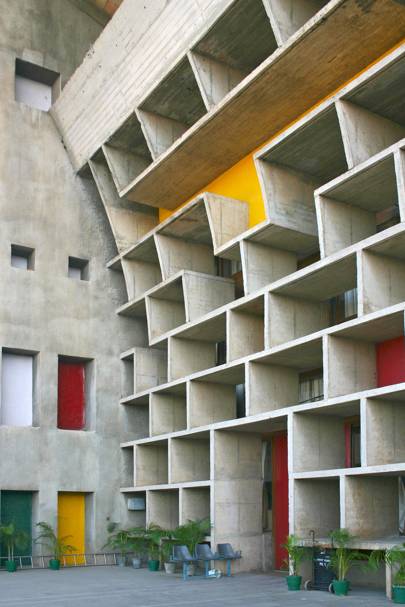 Shortly after India‘s 1947 partition, Prime Minister J. Nehru tasked Swiss modernist architect Le Corbusier with designing an organised, progressive city: one that would break from past traditions from the ground up. Its planned supergrid, exposed masonry and concrete, and the eccentric sculpture-work that peppers Chandigarh has made the city a study for planning and design students around the world. Pictured here is the Punjab and Haryana High Court by Le Corbusier. 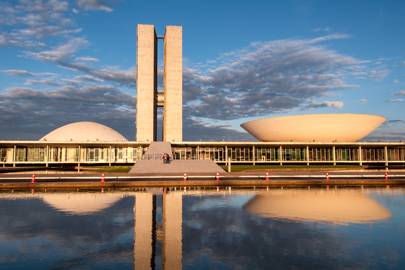 When Juscelino Kubitschek became President of Brazil in 1956, he set forth a plan to build a new capital city in the barren centre of the country – and thus, Brasília was born. He commissioned architect Oscar Niemeyer to help with the project; within a matter months, Niemeyer designed residential, commercial, and government buildings for the new town. Chief among them were the National Congress of Brazil (above), the Cathedral of Brasília, the residence of the President, and the Attorney General’s office. The buildings – defined by the dynamic lines, use of materials like concrete and glass, and sharp contrasts typical of Futurism (a branch of Modernism) – give Brazil’s capital a true sense of aesthetic unity. 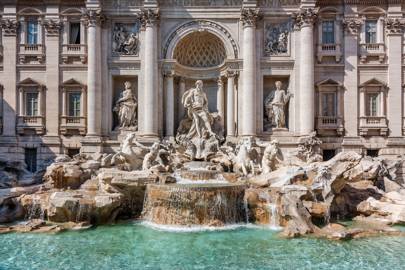 The Romans were known for being great innovators, so it should come as no surprise that the city of Rome has exemplified and adapted to pretty much every architectural style since the ancient Classical movement (Romanesque, Gothic, Renaissance – you name it). Today, the city is one of the biggest centers of 17th-century Baroque architecture, known for its grandiosity, opulence, and contrast between light and shadow. Visit Rome’s St. Peter’s Square, Santi Luca e Martina, or Trevi Fountain (above) to see the dramatic style in person. 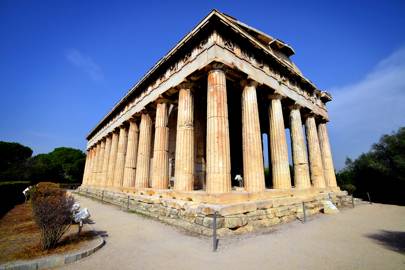 Visiting the architecture and world-renowned ruins in Athens is like taking a step back in time to ancient Greece, where stonework dates back to 400 BC, temples are held up by centuries-old columns, and sculptures of deities are a common sighting. For perfect examples of Classical architecture, turn to the Temple of Hephaestus (above), Temple of Olympian Zeus, or the iconic Parthenon. 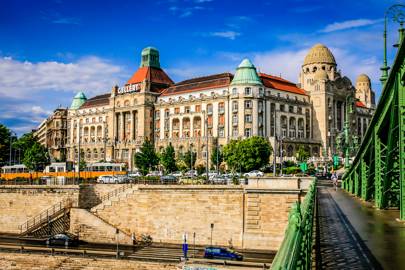 Art Nouveau came into fashion in Budapest in the late 19th century to early 20th century, and the city remains one of the best places to see the architectural style today. Find curving forms, organic shapes, use of iron and glass, and colourful flourishes all over this stretch of the Danube, including the Gresham Palace, Hotel Gellért (above) and spas, Museum of Applied Arts, and Budapest Zoo and Botanical Garden. 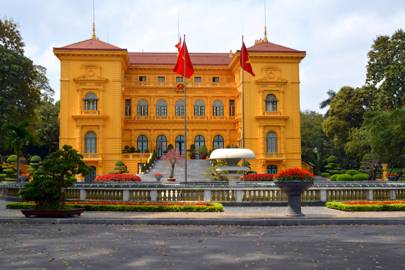 As the name suggests, French Colonial is a style of architecture used by the French during colonisation. The style is especially prominent in Southeast Asia, as exemplified by the early 20th-century buildings in Hanoi. Notable examples include the Presidential Palace (completed in 1906, above) and the Hanoi Opera House (completed in 1911), two bright yellow, ornate reminders of French rule in Vietnam. 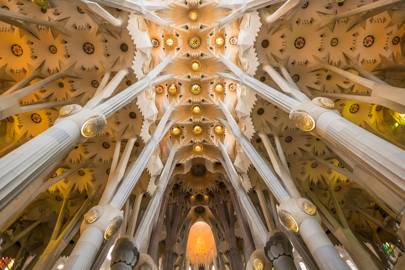 Taking cues from modern Gothic and oriental techniques, the early-19th-century Catalan architect Antoni Gaudí wanted to create organic, urban spaces in the city he loved. A walk around Barcelona leads you through the largest concentration of his signature ceramic and stained-glass mosaics, as well as his undulating stonework and ironwork, which include Park Güell and culminate in his unfinished masterpiece La Sagrada Família. 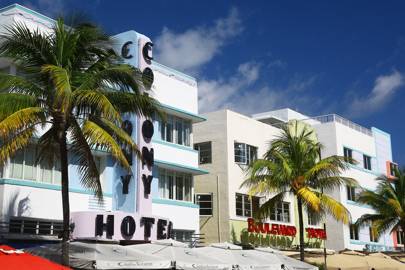 Perhaps the most iconic on this list, Miami Beach’s Historic District comprises the largest collection of Art Deco architecture in the world. To transform Miami into an ultramodern and luxury tourist destination during the 1920s and 1930s, architects turned to Deco’s symmetrical and geometrical patterns, floral and animal motifs, and pastel colours to invoke fluidity and movement, which are synonymous with the city today. 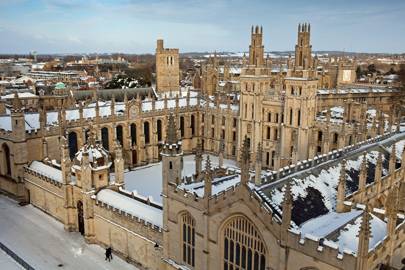 Poet Matthew Arnold once called Oxford the ‘city of the dreaming spires.’ Taking notes from earlier Medieval stonework, the towers of Oxford’s mid-19th-century Gothic Revival skyline define the city, embedding it with a sense of gravity and academic prowess – just like its namesake university. 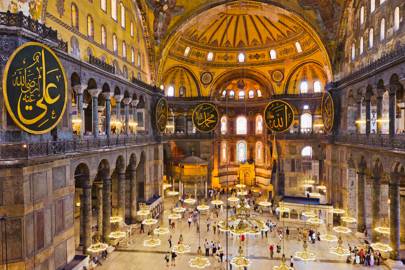 A historic crossroads of culture and design, Istanbul’s landscape provides a prominent display of its two conquering empires. Travellers needn’t look further than the Hagia Sophia mosque (above) for the aesthetics central to both: the Byzantine dome and coloured mosaics, and the Ottoman minarets and Islamic calligraphy. 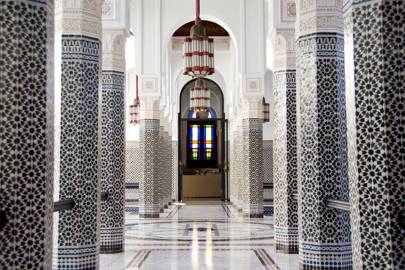 The presence of riads, palaces with interior courtyards and gardens and open skylights, are specific to Morocco and essential to Islamic design because of their emphasis on privacy. The lack of street-level windows and the use of clay walls also lends to the feeling of intimacy and grace. The density of Marrakech’s riads – combined with the city’s mosques, minarets, and mosaics – makes it an exceptional place to view the Moorish architecture of the 12th through 17th centuries. 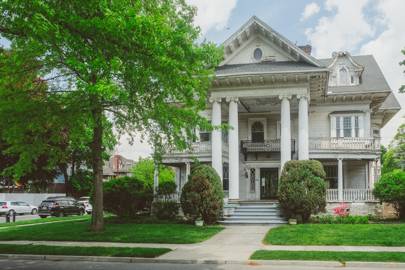 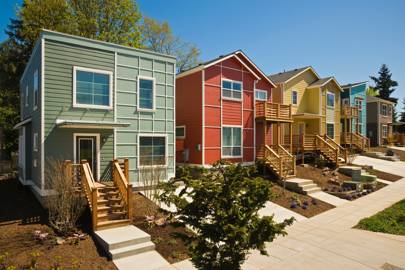 Although Chicago has the most LEED-accredited buildings in the U.S., Portland, Oregon, whose population is a quarter of the size, has the sixth highest number, making it the city with the highest concentration of green buildings. In addition, zoning regulations that preserve urban agricultural spaces, a bike-friendly layout, and energy-efficient homes whose designs take on organic shapes and materials make Portland – along with the design firms it is home to – a leader in sustainable architecture. 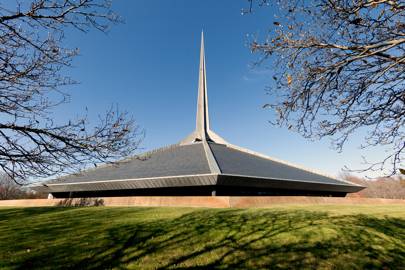 Columbus, Indiana has a population of only 44,000, but it’s a surprising trove of Modernism: The town claims more than 70 buildings designed by star architects, including I.M. Pei, Eero Saarinen, and Richard Meier. Credit for this belongs to philanthropist and architecture lover J. Irwin Miller, who, in the 1950s through 1960s, commissioned a revamping of the local churches, public buildings, and his own estate, leading the American Institute of Architects to rank Columbus sixth in the nation in architectural innovation and design. 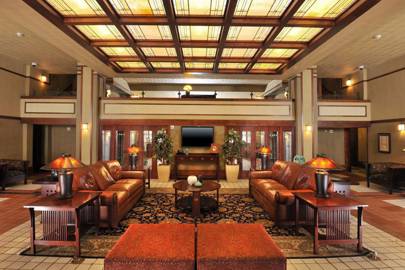 Inspired by the flat terrain and open sky of the Midwest, Wright’s Prairie School (above) was defined by bold, horizontal lines, low profiles, natural lighting, and an uninterrupted flow within and between interior and exterior spaces. He used this style when designing the Park Inn Hotel in 1910 and G.C. Stockman’s house in 1908; neighbours (and some copycat architects) followed suit, which is why this small Iowa town has one of the largest collections of Prairie-style homes in the world. 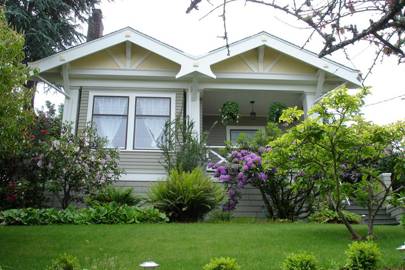 The early-20th-century American Arts & Crafts movement, whose ideals rest on hardwoods and artisanal handcrafting, found a natural home in the timber country of the Pacific Northwest. Nowhere are Craftsman bungalows more prominent than in West Seattle, home to the landmarked Bloss House (above), and in Seattle’s Queen Anne district, where the movement’s simple construction, balanced proportions, and matching gardens provided a sweet departure from the ornate Victorians of that era.

THE TOP 20 CITIES TO TRAVEL TO FOR ARCHITECTURE